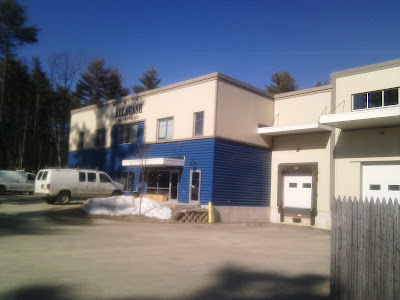 I visited the Allagash Brewing Company facility in Portland, ME on February 10th 2012. The building is located on Industrial Way which also has a number of other breweries which makes it easy for beer lovers to visit more than one in an afternoon. In addition to the brewing facility they have a warehouse located about one mile away where they store their beer prior to distribution. It is a modern facility that was expanded last year and continues to grow as Allagash expands their reach. The brewery grew by nearly 50% last year and expects similar growth in 2012. 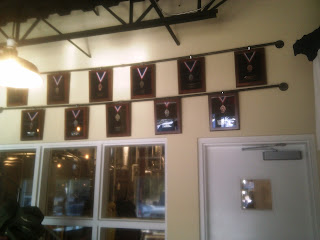 They recently had to pull out of a few states as they could not meet demand. It is a nice problem to have but at the same time a very tough decision to make for a craft brewery. While waiting to take the tour you get to browse their retail shop which has hats, t-shirts, sweatshirts and of course beer. I was fortunate to visit on the day Coolship resurgem was released and was able to pickup a couple of bottles. In addition they have many of their awards on display 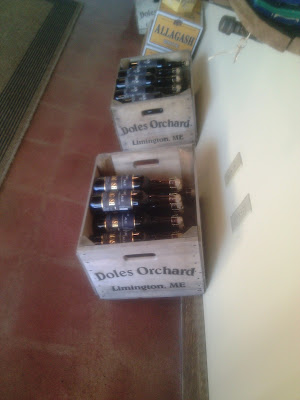 One thing that was kind of cool to see was the use of Doles Orchard boxes to display their beer for sale. I grew up in Limington, ME so it cool to see this in a brewery that many beer drinkers from around the country come to visit.

Before the tour of the brewery starts you get samples!!. What a great way to start a tour. The day I visited they started with Allagash White which is their flagship beer and I assume this is served at every tour. After the White we had the Tripel and then the Curieux which is the Tripel ages in barrels. The barrel aging gives this a completely different color, aroma and flavor profile. It also increases the alcohol content slightly. 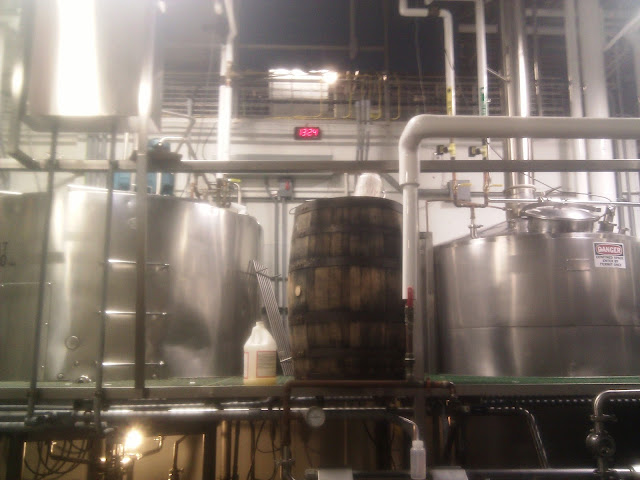 Probably my favorite part of the tour was the barrel rooms. Hundreds and hundreds of barrels full of who knows what. This includes Coolship, Curieux and many other test brews from employees. Also there was a barrel of Pleepleus from the day the guys from Drinking Made Easy visited the brewery. 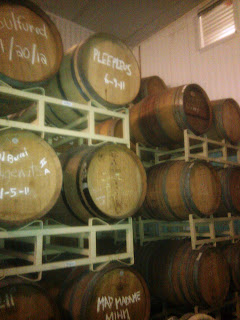 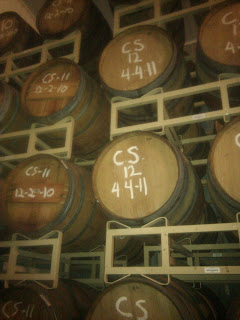 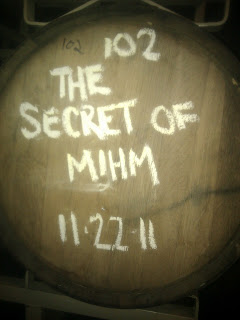 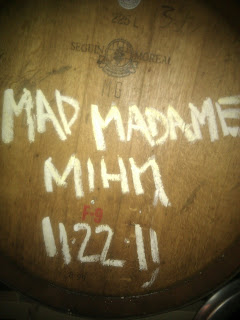 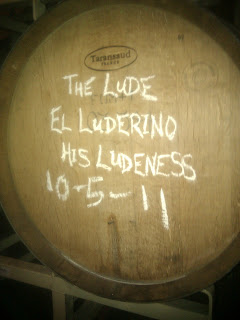 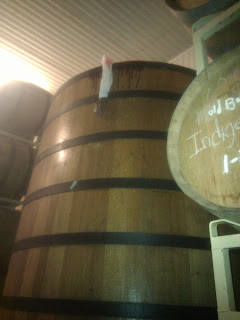 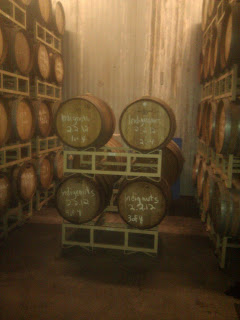