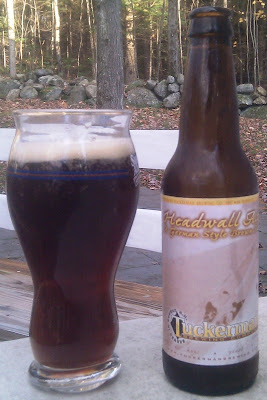 Two very good beers in one night. This is an excellent example of a German Brown Ale and is very easy to drink. Pours a nice dark brown with a solid hear that lasted throughout leaving a nice lacing on the glass. Carbonation was just right and overall just a quality beer. Don’t let the color fool you this is an easy to drink beer with a relatively low alcohol content.
Pros: Smooth drinking and great color
Cons:
Alcohol Content: 4.75% ABV
Calories: ???
IBU (Bitterness): ??
Rating: